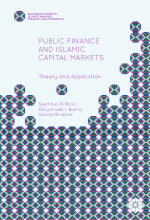 Different economic ideologies have prevailed during the evolution of the human species and many economic systems have come and gone. Each system has brought with it an ideological paradigm, which has tended to have limited applicability and lifespan. The market-based, capitalist system prevalent in the most of the world may seem to be the most dominant and resilient of all. But even this has received a number of shocks at its very core. The financial meltdown of 2007–2008, which resulted in a global economic slowdown, has had an extensive fallout for the western world, and has fueled the rise of China as a global economic powerhouse. The currently ensuing European Union debt crises, which have already taken Greece as their first victim, and threaten Italy and others on the brink, have challenged the fundamental belief in the invincibility of the capitalistbased economic system. The cause of the recent economic crises, as with the many localized crises in individual countries over the past two decades, has been the centuries- old “debt” problem. While debt per se has existed for millennia, why has it never caused such disasters? The answer lies in the nature of the debt. The modern-day financial system has inbred uncertainty owing to the nature of its debt which is founded in the ex ante determined interest rates. While the goals of economic policies have been deliberated over for decades and are relatively standardized now, into economic stability, low inflation, favorable external balances and so on, the effective policies to achieve these policies have been elusive. A plausible reason has been excessive leverage and debt burden that economies are facing due to imprudent fiscal policies. The world is on the lookout for an alternative system or  complimentary instruments which can give hope to the fledging global economy. The rising interest in Islamic finance and banking over the last two decades has revived the debate on the holistic framework of Islamic macroeconomics. It has long been argued that it is time for Islamic economics to provide an alternative to the debt problems and the fiscal management crisis through its justice-based economic ideological system. The answer to the above problems could lie within this ideological framework and in the risk sharing philosophy Islamic economic system proposes. Risk sharing is not a unique concept—for example, the conventional economist Robert Shiller argued over two decades ago for a concept of collective and individual risk-sharing. His idea was based on the notion that the globalization of economic systems would significantly improve international and domestic risk-sharing. With the notion of risk sharing as the underlying possible solution to the ongoing sustainability of sovereign crises, the role of markets and especially capital markets comes into play. As capital markets play an effective role in resource allocation and they offer risk sharing opportunities in the form of equity markets, their role is crucial. There are two sets of risk sharing instrument which have been explored in literature and industry, macromarket instruments and micromarket instruments. While macromarket instruments are designed to promote global risk sharing amongst different countries, and are designed as equity in nature instruments, their popularity has been dismal. Based on the concept of an ownership in the economy of the country, known as “TRILLs” in the United States, the gross domestic product (GDP)-indexed macromarket instruments offer governments a solution to their debt burden. The same can be replicated through Islamic finance and financial instruments in domestic micromarkets to ease the burden of ex ante interest rate financing for governments which have for long been the boon for policy makers. Risk sharing and Islamic economic philosophy more generally have long provided ideas for different nations to prosper and innovate. Some of those ideas have survived in venture capital financing, and with the passage of time, risk sharing instruments for firms and for governments to target domestic markets have been replaced by risk shifting instruments. This book offers some preliminary proposals, and some empirical works on risk sharing instruments within the context of macro- and micromarkets which can be used both by governments to bridge the fiscal finances for public expenditure.